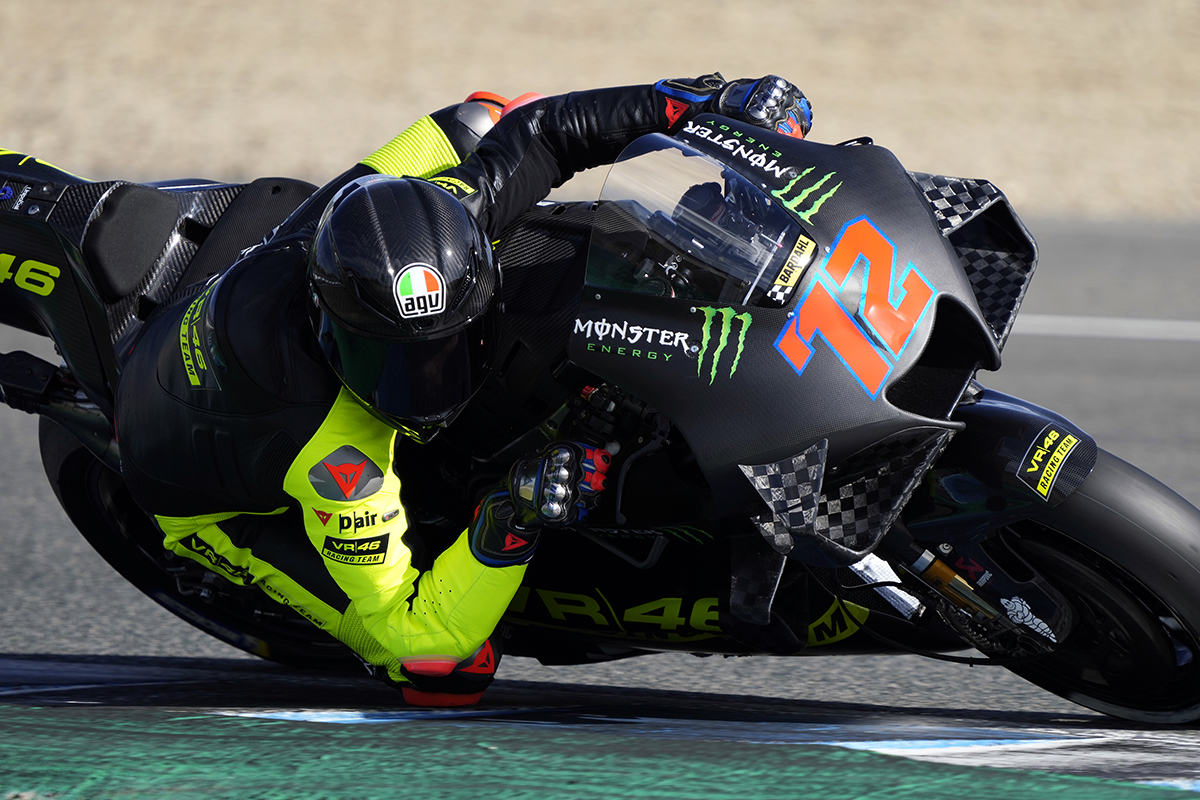 Rossi’s team’s move to MotoGP for 2022 was first announced earlier this year, with a Saudi company called Tanal Entertainment disclosing the team and a supposed title sponsorship from Saudi Aramco.

Aramco denied any involvement in a statement to Motorsport.com, and continued to deny it had negotiated a deal with Tanal or VR46 in the months that followed, despite Rossi’s repeated claims to the contrary.

VR46 was listed without Aramco on the provisional entry list for the 2022 season, which was released in November.

VR46 has recently signed a deal with Mooney, an Italian banking corporation, to be its title sponsor in Moto2 and MotoGP for 2022, with the team now branded as Mooney VR46 Racing Team.

A brief statement from the team said: “Mooney, the first Italian Proximity Banking & Payments company, will be the new title sponsor of the VR46 Racing Team, the racing team created by Valentino Rossi and protagonist in the MotoGP and Moto2 categories of the world championship.

“Following the agreement, the team’s naming will be Mooney VR46 Racing Team and it will be used in all the team’s images (including motorbikes and riders’ suits) and in official communications.

“Further information will be revealed on 3 January.”

Luca Marini and MotoGP rookie Marco Bezzecchi will ride year-old Ducatis for the VR46 team, which will be led by Pablo Nieto, the current VR46 team manager in Moto2.

Rossi’s team replaces the Avintia team, which announced its retirement from MotoGP at the end of the 2021 season.

As he prepares to begin a season racing GT machinery in 2022, it’s uncertain how much trackside engagement Rossi will have in the VR46 team.

After agreeing to a contract with Yamaha to form the Yamaha VR46 Master Camp outfit – which will operate as a rider development squad for the Japanese company – VR46 will have two squads in Moto2.