Alain Prost has nothing but respect for Fernando Alonso’s approach to his return to Formula One with Alpine.

Alain Prost, an Alpine advisor, claims he’s been pleasantly pleased by Fernando Alonso’s attitude since his comeback to Formula 1, claiming the Spaniard “changed a lot” during his time away from the sport.

Earlier in his career, Alonso had a reputation for being a disruptive character, with stints at McLaren and Ferrari ending in disappointment when he failed to capitalize on his two world titles with Renault in the mid-2000s.

When he returned to McLaren in 2015 for the team’s renewed engine partnership with Honda, his career reached a new low, resulting in several seasons in the bottom of the grid and increased intra-team frustration.

“He has changed the way he behaves”

Alonso left Formula One at the end of the 2018 season to pursue other interests, including the World Endurance Championship and IndyCar, as well as the Dakar Rally.

He secured a comeback with Alpine for 2021 after much speculation, and Prost has observed some big alterations in his approach.

“I think [with] Fernando it was a big surprise,” four-time World Champion Prost told the podcast. “I mean, especially for me.

“We talked a lot in the last two years before he decided to come back to Formula 1. I must say, it’s a very good surprise, the way he behaves.

“He told me, he told everyone, that he’s changed, and it is true that he has changed a lot. He has changed the way behaves, the way he is in the team.

“He is very professional. He is always thinking about the car, himself, how we can improve the team. Even if you are fighting for a point, two points, you know, that is Fernando.”

Age is just a number

Prost said that he had no concerns about Alonso’s age, especially given his recent results, Alonso will turn 41 during the 2022 season, when he wants to rejoin the title fight.

“The age? We don’t think about the age at the moment, you know,” added Prost. “He is like a young guy, and it’s a dream having Fernando in the team.

“But [being] outside Formula 1 for a few years and [coming] back, I cannot imagine that Fernando would be so competitive and so good with the team.

“What is good also is if you look back at what he has [done] across the season, he said, ‘I’m going to need four or five races’. We always said, let’s wait for the French Grand Prix to see the performance of Fernando.

“That is exactly what happened and he is getting better and better.” 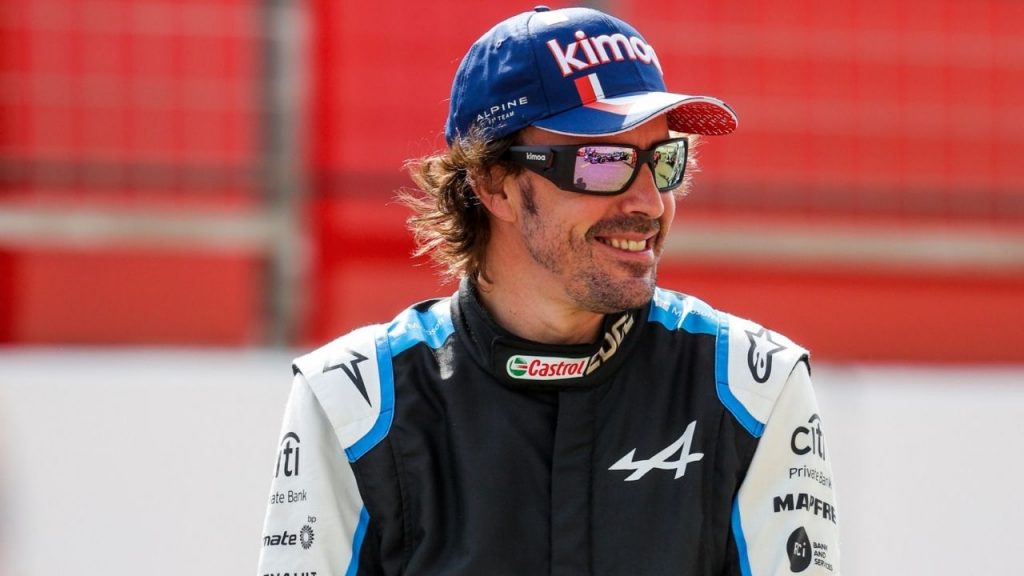